Each term has an intuitive meaning: \(E\) is a constant roughly equal the entropy of natural language (or, whatever your training distribution is). An infinitely big model trained on infinitely many tokens would approach \(E\). The first and second terms are penalties paid for, respectively, having a finite model and a finite dataset. (A discussion can be found here.)

What’s more interesting, one can estimate an optimal allocation of a fixed compute budget \(C\). Training a model with \(N\) parameters od \(D\) tokens incurs a cost of \(C = 6ND\) floating-point operations (FLOPs) (see Appendix F). A compute-optimal model for a fixed \(C\) is a combination of \(N\) and \(D\) satisfying the \(C = 6ND\) constraint such that the loss \(L(N, D)\) is minimal. In other words, either increasing model size (at an expense of dataset size) or dataset size (at an expense of model size) results in higher loss. Such \(N\) and \(D\) can be found in closed form, see eq. 4 in the paper.

The three plots below shows predictions of the Chinchilla model for \(N_\text{gpt2-sm} = 117 \cdot 10^6\). The firsts two plots show loss as a function of \(D\) and \(C = 6N_\text{gpt2-sm}D\). Intuitively, they show the shape of train loss predicted by the Chinchilla model. The last plot gives a very rough estimate of a price of a training run assuming a 1.2e17 FLOP/dollar from Ajeya Cotra’s report (Appendix). 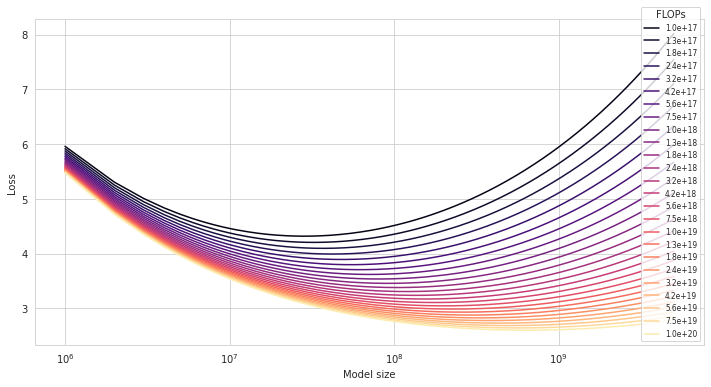 Second, we can find a minimum of each IsoFLOP with respect to \(N\). Each such minimum (marked by a green dot) is a compute-optimal model \((N, D)\) for a given budget \(C\). 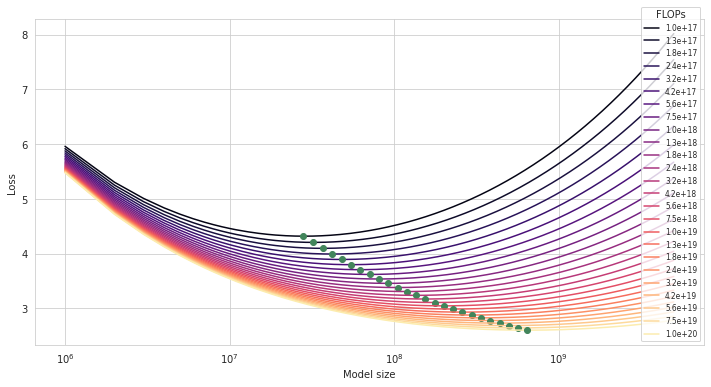 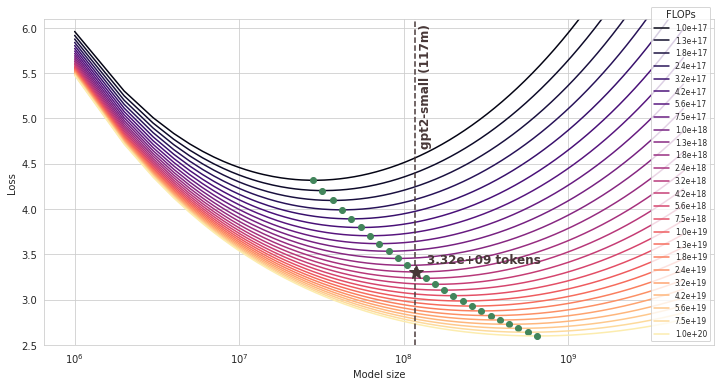 The compute-optimal dataset size turns out to be 3.32B tokens (and the corresponding compute budget is 2.37E+18 FLOPs).

This seems to match results from the Chinchilla paper:

How much does it cost?

How many parameters does gpt2-small have?

While the GPT2 paper says gpt2-small has 117m parameters, the Hugginface implementation actually has 127m:

Not counting embeddings (gpt2_small.num_parameters(exclude_embeddings=True)), it’s 85m which is also quite off. I’m not sure what’s going on here. The difference doesn’t seem to matter much.

What are good hyperparameters?

The code I used for the plots is available here